The holiday season is right around the corner 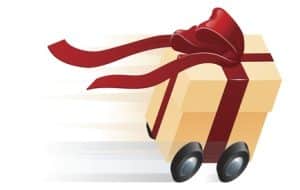 The Memphis-based company said it expects to handle 317 million shipments between Black Friday, the day after Thanksgiving and traditionally the busiest U.S. shopping day of the year, and Christmas Eve, an increase of 12.4 percent over the previous year.

The National Retail Federation has predicted retail sales in November and December – excluding automobiles, fuel and restaurant sales – will increase 3.7 percent to $630.5 billion after a 4.1 percent increase last year. The NRF said online retail sales could increase up to 8 percent, to as much as $105 billion.

FedEx said that it expects to see three spikes in package volumes during peak season, on Cyber Monday – the Monday after Thanksgiving — and the first two Mondays in December. The company said its holiday projections are included in its full-year fiscal 2016 earnings guidance of between $10.40 and $10.90 per share.

Last year both companies touted investments in their networks and close collaboration with major retailers to manage package flows during the holidays. UPS ended up over-spending to prepare for package volume spikes that did not materialize, hurting its fourth-quarter earnings. FedEx did not report any problems.

This year FedEx has invested $1.6 billion in capacity and automation projects at FedEx Ground to help with peak season.

FedEx’s Fitzgerald said that if retailers come in way above forecast with a sudden surge in packages, the company may “need to cap volumes” in order to protect its network.