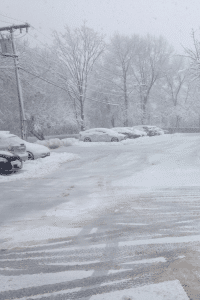 The Farmers’ Almanac has released it’s forecast for the 2016-2017 winter and it sounds like it’s going to be a harsh one.
According to the Almanac, this winter may be colder than normal for more than two-thirds of the country, New England included.
Other areas such as the Northern Plains, Great Lakes, Midwest, Ohio Valley, Middle Atlantic, and Northeast will experience those cold conditions as well.
The West, however, is expected to have milder than normal conditions.
The Almanac “bases it’s long-range forecasts on an almost 200 century-old formula.”
February is expected to be the coldest month according to the Almanac, with some areas experiencing temperatures as low as 40 degrees below zero.
However, the Almanac predicted a rough winter for New England last year when it turned out to be more mild than previous winters.
Only time will tell whether New England will need those snow boots and shovels.
Published 3 hours ago